Seventy eight people signed an application for a Charter in the State of Texas, approved in December 1965.  Thus, Temple Shalom came into being.  Service were held at St. Mark’s Chapel for the first year.

This was the first time in almost 100 years that a Reform Jewish Congregation was born in Dallas, Texas. 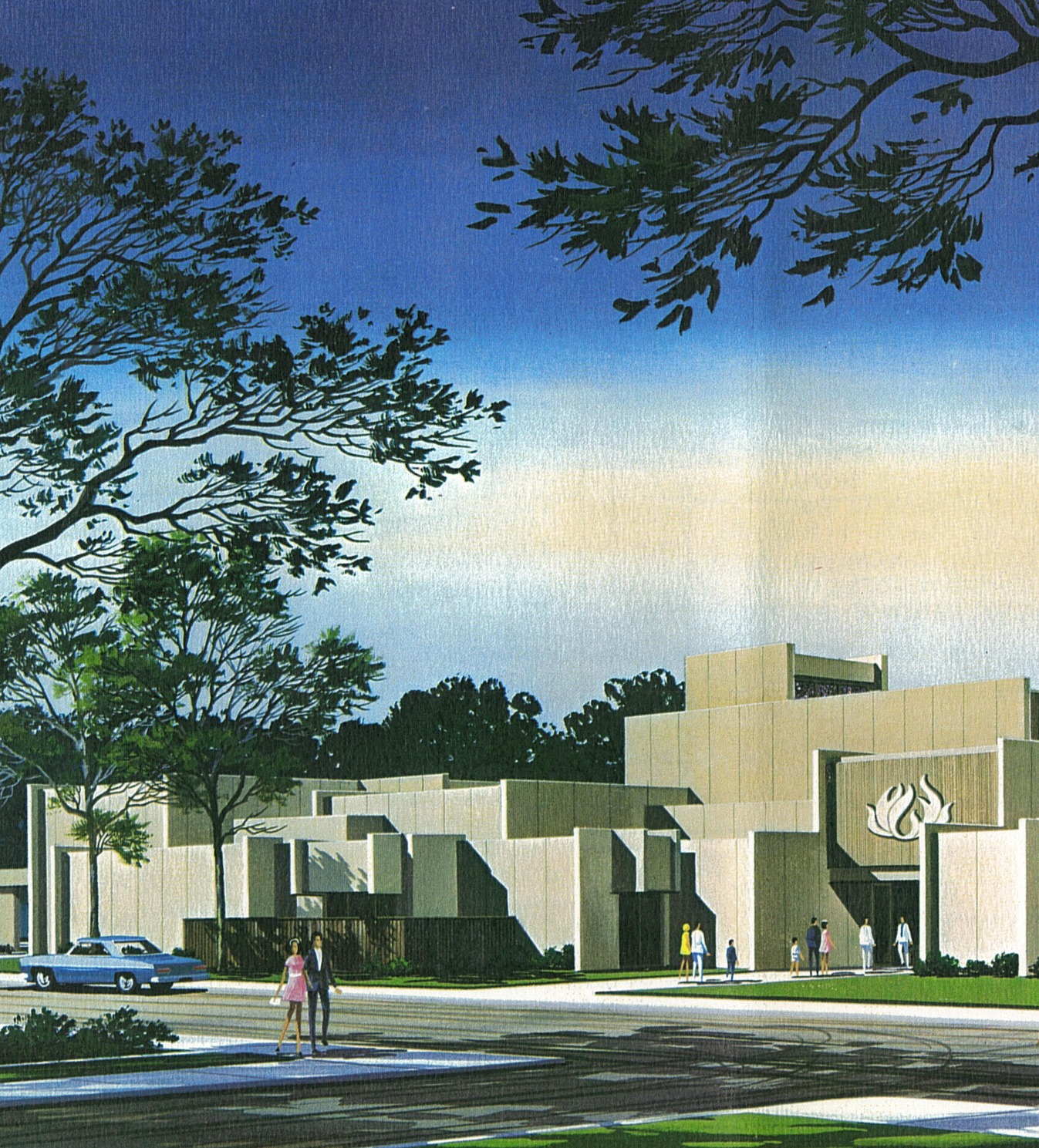 An indestructible warmth and congeniality existed among the members from the beginning, an extended family.  In February we consecrated our portable ark; in March we formed a choir and consecrated our Torah; and in April we established a Sisterhood. Congregation Shearith Israel presented us with the gift of a Sefer Torah in June in our new shared facilities at Northaven Methodist Church.

Our worship services were conducted by members of the congregation who studied the history and meaning of our liturgy.  We welcomed out first Rabbi, Hirshel Jaffe, in July 1966.  We were now 112 families.  We held our first Sunday School classes in September at The Hockaday School.

We purchased 14 acres of land in July 1967, broke ground in 1971, and held our first service at our own facilities in September 1972.  We had held services at St. Luke’s Episcopal Church, Sunday School at Ursuline, and had an office in the upstairs of a furniture store.  Our second Rabbi, Saul Besser, joined us in July 1969 and was with us until 1984.

History of our Clergy and Professional Staff

Kenneth Roseman succeeded Rabbi Besser in 1985 and became Emeritus in 2002.  His successor, David Lyon, came in 2000 and assumed the senior position in 2002 and then moved to Houston.  Rabbi Andrew Paley has been our Senior Rabbi since May 2004.

Cantor Don Alan Croll joined us in 1996 to replace Lisa Lipco Levine who had been our Cantor from 1989 to 1996. Cantor Croll became Cantor Emeritus when he retired on May 31, 2013. Cantor Devorah Avery served Temple Shalom from July 2015-May 2022.

Membership: Monica Susman became our Coordinator of Belonging in June 2020.

Preschool (closed 2011): Bonnie Rubinstein was our Preschool Director from 1998 until 2010. Jane Kadosh was our Director of Early Childhood Education from 2010-2011.

Temple Shalom is an integral and leading part of the Jewish community in Dallas and of the Union for Reform Judaism (URJ).  We have a thriving Sisterhood and Brotherhood as well as programs for all ages.  We are active in interfaith relations across the Metroplex and we welcome interfaith families within our congregation.