Shavuot is a Hebrew word meaning ‘weeks’ and refers to the Jewish festival marking the giving of the Torah at Mount Sinai. Shavuot, like so many other Jewish holidays began as an ancient agricultural festival, marking the end of the spring barley harvest and the beginning of the summer wheat harvest. Shavuot was distinguished in ancient times by bringing crop offerings to the Temple in Jerusalem.

The Torah tells us it took precisely forty-nine days for our ancestors to travel from Egypt to the foot of Mount Sinai (the same number of days as the Counting of the Omer ) where they were to receive the Torah. Thus, Leviticus 23:21 commands: ‘And you shall proclaim that day (the fiftieth day) to be a holy convocation…’ The name Shavuot, ‘Weeks,’ then symbolizes the completion of a seven-week journey.

Special customs on Shavuot are the reading of the Book of Ruth, which reminds us that we too can find a continual source of blessing in our tradition. Another tradition includes staying up all night to study Torah and Mishnah, a custom called Tikkun Leil Shavuot, which symbolizes our commitment to the Torah, and that we are always ready and awake to receive the Torah. Traditionally, dairy dishes are served on this holiday to symbolize the sweetness of the Torah, as well as the ‘land of milk and honey’.

Shavuot is celebrated seven weeks after Passover (when the barley harvest begins). These seven weeks are called the Omer and are counted ceremonially. This counting, called s’firat ha-omer, begins on the second day of Passover. The source for this practice is found in the book of Deuteronomy, “You shall count off seven weeks…then you shall observe the Feast of Weeks to Adonai your God” (Deuteronomy 16:9-10).The counting of the Omer takes place daily after the evening service.

Once the Temple in Jerusalem was destroyed and the mitzvah of bringing the first fruits of the harvest was lost, the Rabbis were concerned that the observance of Shavuot might disappear. It was during this time period (2nd century C.E.) when the Rabbis determined that the revelation of Torah at Sinai coincided with Shavuot.

Recognizing that Shavuot has both agricultural and religious roots, the holiday is known by several different names: Shavuot, Z’man Matan Torateinu and Chag HaBikkurim.

Z’man Matan Torateinu translates as “the season of the giving of our Torah”; and Chag HaBikkurim means “the festival of first fruits”. 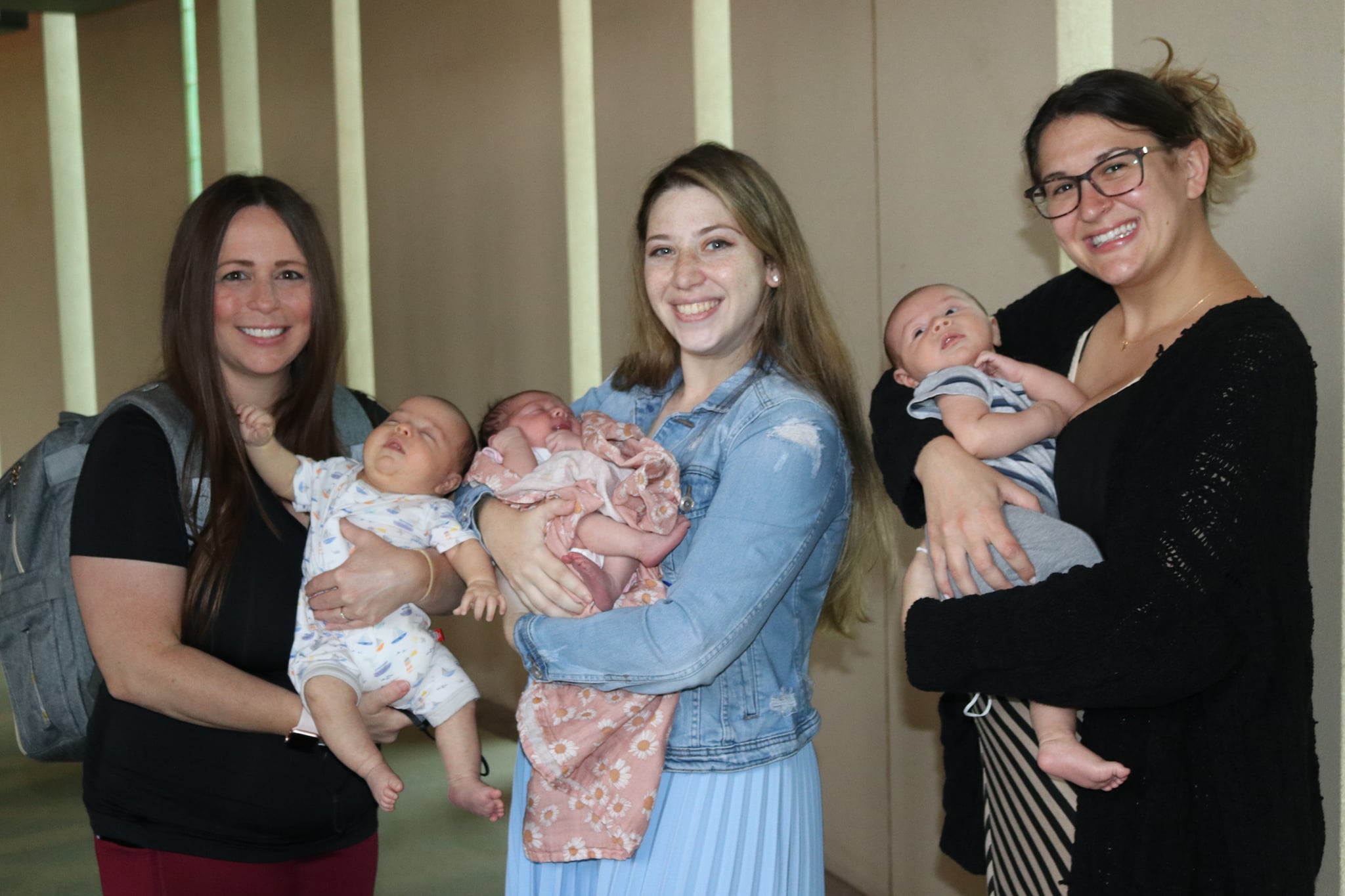 Blessing of the Babies” Shavuot 2021